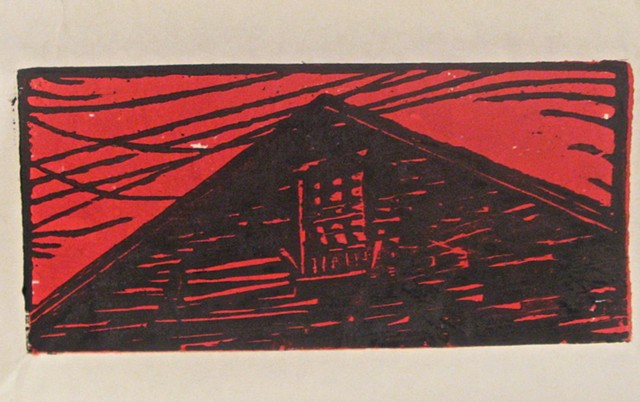 In 1820, the whale ship Essex was hit by a whale and went down. The survivors piled into two lifeboats and floated for two months and 2000 miles. With no food, they were reduced to cannibalism. When found, four people were left, their pockets filled with the bones of their comrades. Owen Chase was captain of one of the lifeboats. He had to decide how they were to make the fateful decisions about who was to live and die. After he was rescued and returned to Nantucket, he wrote "Wreck of the Whale Ship Essex". Herman Melville based "Moby Dick" on this tale. Because Owen broke the whaling taboo of "what happens out there stays out there", he was a pariah on Nantucket. He hoarded food in his attic room and haunts it now. Whenever there is an event on Nantucket about the incident, Owen returns to check on his food. This image is that attic room.